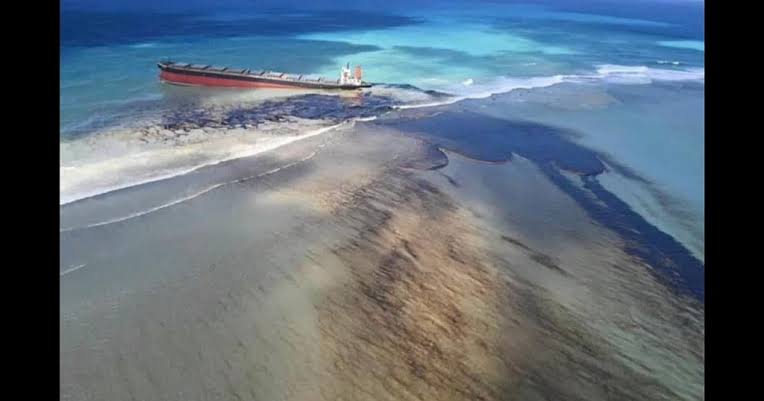 The Prime Minister of Mauritius has declared a state of environmental emergency after a Japanese-owned ship that ran aground in July began spilling large amounts of fuel into the sea.

Pravind Jugnauth tweeted that the MV Wakashio represented a ‘great danger’ for Mauritius and admitted that the country didn’t have the skill or expertise to deal with the issue alone.

The MV Wakashio ran aground on a coral reef off the island nation three weeks ago, but the gradual leaking has now significantly worsened due to bad weather, according to a statement from the owners, Nagashiki Shipping Co.

Greenpeace Africa has said that “thousands” of animal species are “at risk of drowning in a sea of pollution, with dire consequences for Mauritius’ economy, food security and health”.

The MV Wakashio was travelling from China to Brazil when it ran aground. It wasn’t carrying any cargo, but it had approximately 4,000 tonnes of fuel onboard.

Mauritius relies heavily on tourism and has already been badly affected by COVID-19.

Passion for entertainment made me discover my many parts — Leczy