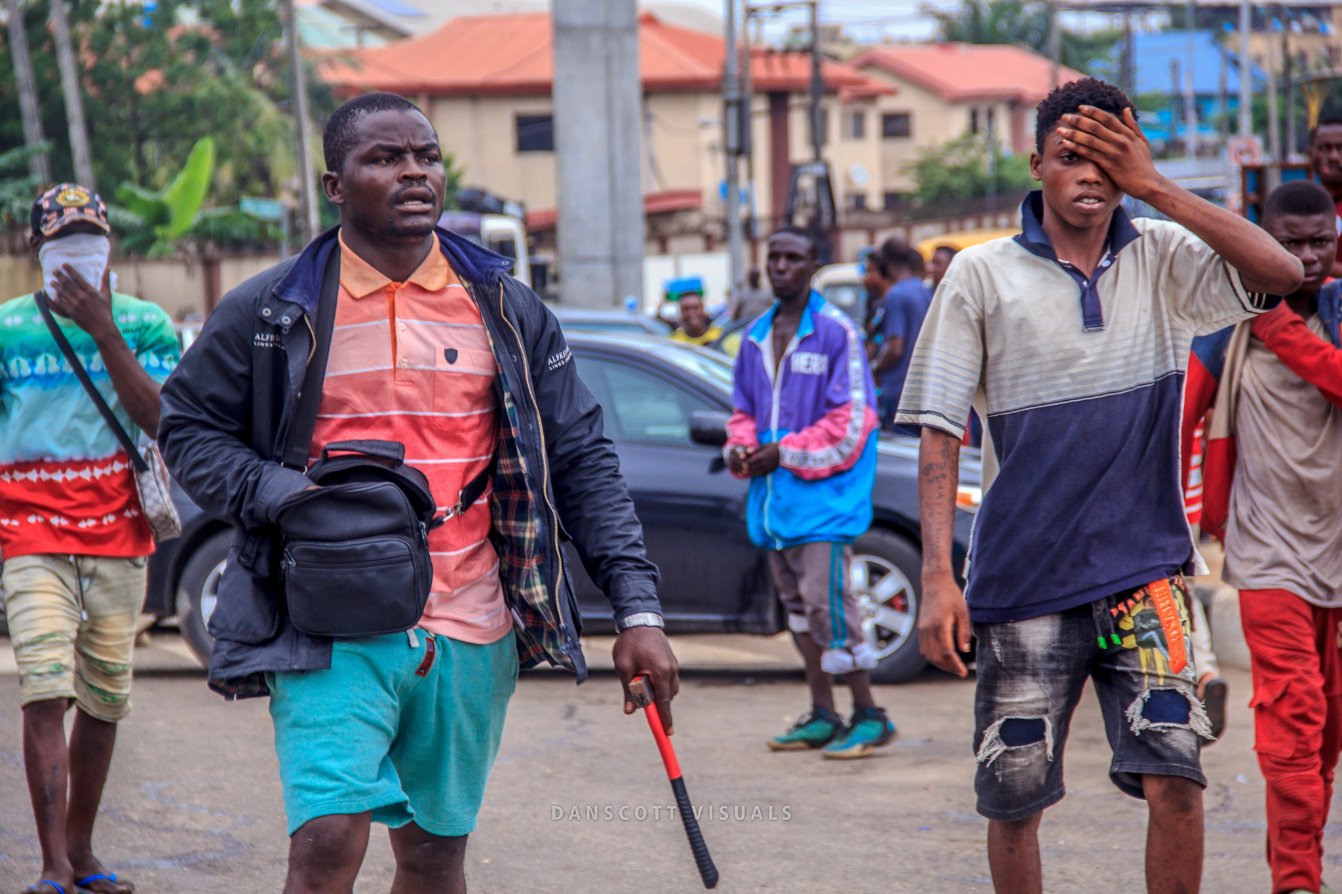 So many things about the ongoing nationwide #EndSars protests are mind-blowing in this clime. Its origin, thrust, longevity, modus operandi and even direction are incredible.—never been seen. For a development, whose immediate causative factor could be traced to an incident in Ughelli, Delta State, to have had this mass following and nationwide impact suggests that it had been a long time coming.

It is such a unique occurrence that leaves anyone amazed at its mass appeal and life-span. This conversation, with Mr. Leo Abuja, a key protester, who like many others, said the protests are leaderless, provides a clear picture of what has kept the mass action going.

First, I have to correct the impression that anyone is leading the protest. Everyone is a protester and a leader. They are all independent people who have decided to join a fight for their lives, their future and posterity. No one is following anyone. Everyone came on his or her volition. Everyone is responsible for himself. There are no leaders in this protest.

Obviously, the protest has a life of its own across the country. What has kept it going?

What has kept it going is the distrust of government. We are like children who have been told lies many times by their parents. It is just like a situation where parents keep telling their children to take their shoes that they are going out and the parents are nowhere to be found. That is the analogy I am using. This time, we are waiting with our slippers.

Nobody is going to tell us to pick our slippers and follow him. We have been waiting for government for a very long time. They have cancelled and disbanded SARS for a long time in the last five years, in different ways. We are not taking that for an answer anymore. We are going to stand firm and decide because for every one of us, our children are going to ask us what we did when it mattered most.

We have asked our parents what they did in their time and they said they had to run for their lives because it was a military era. Now, we are in a democratic setting and we have experienced many years of democracy more than any of our parents. We are going to exercise our democratic rights. If government starts making us trust them, perhaps, we would start listening to them. For now, the only thing motivating us is the fact that government keeps giving us reasons to distrust them.

Despite the disbandment of SARS in line with your demands, the protests have continued with increasing momentum. Can you explain this?

The reason the protests are spreading despite the disbandment is the distrust. You can’t say you have disbanded something and you are giving it a new name. They would have to actually show us some new things happening. T

he Federal Government through the police decided to create a SWAT team. A SWAT team is nowhere near where a SARS team is. We know what a SWAT team requires. Nigeria does not have that capability yet for a SWAT team. Copying the name and telling us it is a replacement for SARS is not acceptable. We can’t be fooled like that. Some of our demands are very simple: We want community and state police.

We want better welfare for officers. These things I have just listed now would make the police better. We are not saying end the police, we are only saying that the system should be made better. If they are reformed, they can’t brutalise anybody. If a policeman arrests you, he would be civil in his attitude rather than using excessive force.

That is what we are demanding. If a policeman lives among you and he is told that someone stole, he knows how to arrest the person instead of arresting boys from the street. Besides community policing, better welfare for the police, we want a public apology from government. We want families of those killed unjustly by SARS to be compensated. It cannot replace their lives but they need to be compensated. Let’s see how sorry government is.

It seems that as the tempo of the protests increases, your demands also increase. The situation is giving the impression that there is no quick end in sight…

I will keep on using the analogy of a parent to describe what government is doing. What does a parent who keeps beating his child rather than talking to the child expect the child to do? The child would get accustomed to the beating, thereby making it look as if it no longer works. It would get to a point where you would ask the child to bring your cane and he would ask you if it is the long or short one.

Instead of government to listen to us and actually try to meet the demands, they are doing something else. They claimed to have addressed the demands, but you don’t just set up a committee just like that.

The committee is supposed to be a composition of key stakeholders like the human rights community. Nigerian laws are perfect and there are so many things they should have easily taken care of but the loopholes in the system do not allow the laws work.

The protests are gaining momentum because when people protest, the police respond with brutality. As a result of that, more people who wouldn’t want to sit and watch other human beings brutalised, are joining the protests. We are thanking the police for making more people come out. If not for them, we wouldn’t have had our numbers.

Before now, this generation had been described as the phone-pressing generation, millennials, and even Indomie generation. Now, people like you are standing in the gap for your generation. What does it feel like standing up to be counted when it mattered most?

This is the same generation that was attacked by hoodlums and despite being attacked we took the hoodlums to the hospital. We got them treated and even gave them food. This is the generation that would stop and explain to the uninformed the reason we are protesting. We are not just out to create chaos or civil disobedience, we are only trying to get Nigeria working. This is the generation that pays their taxes. We are the most taxed generation ever in Nigeria. The unemployment level is 27 percent yet the federal government still found a way to collect taxes from people who don’t work. This is the best generation Nigeria would ever have because we know what is right and wrong. And we would not for any reason, become religiously biased or become biased based on age and ethnicity. My generation is a generation that would tell you it is not about your age, but the respect you can earn. And that is what determines the respect you earn.

What is going on across the country is novel and has even attracted admiration from the old guard, that’s the exiting generation as some say. To a lot of people, this is a precedent that should serve as a model for future engagements. Since consistency for the common good is a luxury here, there are concerns that Nigeria may not witness this kind of protest again when government goes south…

Consistency might a huge problem in Nigeria but my generation would not have that problem. Unfortunately, the generation of the Azikiwe and Murtala Mohammed that made Nigeria great, had one thing in common with our generation, which is the advancement of the country. Their time was a period of change like our own time.

The post #ENDSARS AND PEOPLE POWER: FG gets new condition for protests to end appeared first on Vanguard News.